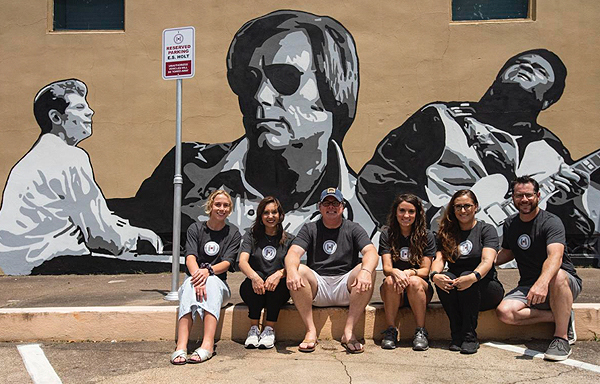 On the west wall of Holt Creative Group, three East Texas musical legends are immortalized. Van Cliburn, who rose from Kilgore to become one of the world’s greatest classical pianists, is at the keyboard; country music star George Jones, who came from the small town of Saratoga, looks forward as if pausing before singing one of his many hits; and then there’s Gilmer-born Freddie King, one of the most influential blues guitarists, wailing away on the guitar. Edwin Holt, owner of the marketing and digital strategy company at 119 University Place, said he and others on his staff painted the mural as a tribute to the three and to inspire others who dream of making it big in music. Read the full article here.