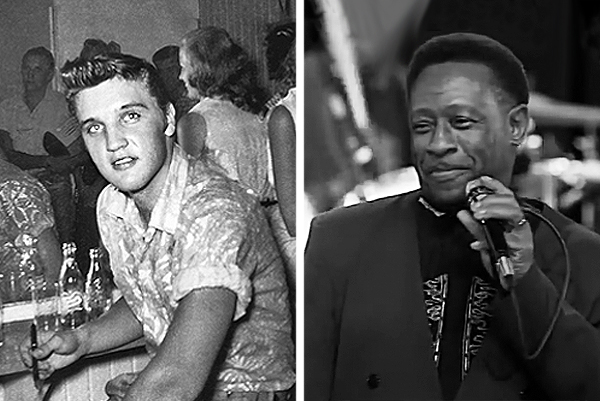 Holt Brings Light to Distant Shadows of the Mayfair Building

After an overwhelming vote to restore the Mayfair Building to its original state, the city of Tyler has been moving swiftly ahead with an approved $4MM in reconstruction costs waking a very old sleeping giant.

With the help and support from collectors all over the world, Holt has been entrenched in research on the many performances of famous artists that have graced the halls of the historic Mayfair Building.

“I’ve received photos from as far as the Netherlands as well as Jackson, Mississippi. It’s absolutely astonishing to me that these images and this old dance hall would be known so far away.”

Holt’s main concern with the Mayfair is ensuring the black community receives as much credit as the white community as it pertains to artists who have performed in the venue.

“Everyone wants to make a big deal about Elvis and yes, he was a big deal. But the bigger deal to me is the Mayfair was the only venue that would allow both blacks and whites to hold events during Jim Crow. And the more I dig, the more interesting it becomes as it relates to Tyler and the black community.”

Uncovering a vast amount of gospel groups that performed in the Mayfair, Holt discovered that one of the groups, the great Willie Neal Johnson of the Gospel Keynotes, was born and raised in Tyler. An internationally known gospel singer born in 1935, Willie began singing as a child and would win his own Grammy in 1980.

The Mighty Clouds of Joy would also be a staple within Tyler, Texas serving as a place of retirement for the great Richard Wallace who was one of the founding members and played guitar for the group. Richard made Tyler his home until his death in 2020.

The Mayfair is scheduled to reopen in July of 2023 where Holt is hoping to showcase his research as well as the numerous old photographs he has uncovered. A huge part of Tyler’s history since it was built in 1927, this stage has hosted big name performers of all kinds. And with new life for the venue, hope for a new chapter of music begins.