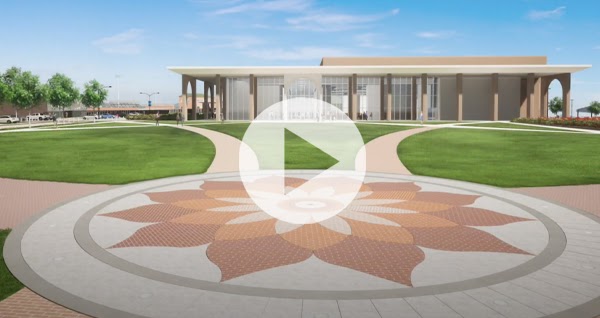 Holt is proud to announce winning the branding for the all new Tyler Rose Complex, a $28 million dollar development led by the City of Tyler and now under construction.

Phase 1 of the plan has begun and is projected to finish by Rose Festival Season in October 2022.

Stephanie Franklin, managing director for the city, said that the Rose Garden has been part of the culture and heritage of Tyler for years.

“It was important for us to take this opportunity to rehab this area and make it look like the crown jewel that we as a community would support,” Franklin said.

This project has been in the works for years, but is just now fully coming to fruition.

“There has been four previous mayors that are supporting this project, and to actually start the groundbreaking under my tenure, I’m excited about it,” Mayor Don Warren said. “If it had happened in the past, I would have still been excited about it. My biggest excitement is just the fact that it’s happening.”